Join PRO to view all Before & Afters

Dr. Steven J. Pearlman is a distinguished Facial Plastic and Reconstructive surgeon, educator, and humanitarian with a wide range of professional credentials. He has extensive clinical and academic backgrounds in both boards. Dr. Pearlman provides his patients with a unique expertise and understanding in the cosmetic and reconstructive surgery.

Board Certified Facial Plastic and Reconstructive Surgeon, Director for the Center for Aesthetic Facial Surgery for the New York Head and Neck Institute of the Northshore LIJ Northwell Hospital System

How to book with AEDIT

See how AEDIT ensures you'll get the best care in the aesthetics field.

Choose a time that works for you and one of our AEDIT concierge service members will confirm your appointment.

Recieve up to $400 towards the cost of your procedure(s) with AEDIT.

What can I expect from a Facelift?

Dr. Pearlman's facelift surgery improves signs of aging to restore a more youthful and refreshed facial appearance. Facelift techniques can correct sagging facial tissue, such as jowls along the jawline, drooping skin under the chin (“turkey neck”), descending cheeks, and deep creases from the outer nostrils to the corners of the mouth (nasolabial folds). This facial plastic surgery procedure achieves a natural, beautifully revitalized version of yourself.

What can Rhinoplasty accomplish?

Rhinoplasty can refine different parts of the nose for individuals who are dissatisfied with the appearance and function of their noses, including: Shape, Angle, Width, Structure, and other nasal features Dr. Pearlman also frequently instructs other surgeons on both primary and revision rhinoplasty, lecturing on the most up-to-date techniques used for nose surgery around the world. He is dual certified in both Facial Plastic and Reconstructive Surgery and in Head and Neck Surgery

The shape and position of the internal structures of the nose have a tremendous effect on the patient’s ability to breathe. Patients who have difficulty breathing through their nose can undergo Dr. Pearlman's New York rhinoplasty surgery to straighten a crooked wall between the two sides of the nose. This procedure, known as septoplasty, can straighten a crooked septum to improve the nasal airway without altering the outward appearance of the nose. If desired, septoplasty and rhinoplasty can be combined (known as septorhinoplasty) to improve both the function and aesthetics of the nose.

What kinds of Otoplasty and Ear Surgeries are there?

What is ultrasonic rhinoplasty?

The Piezo Ultrasonic Rhinoplasty technique is a significant advance in custom nose surgery. After years of development and testing in Europe, Piezo-powered Ultrasonic Rhinoplasty is now available in New York City. Dr. Pearlman is one of the first surgeons in the U.S. to use this groundbreaking surgical tool to precisely sculpt and reduce nasal bony humps and replace the traditional “hammer and chisel” technique for altering the structure of the nasal bones. The Piezo device precisely pares down the nasal hump, layer by layer, with a high-frequency oscillating tool.

Which ethnic rhinoplasties can be treated?

Dr. Pearlman specializes in many different ethnicities and backgrounds for ethnic rhinoplasty. He understands the subtle differences in anatomy that can often be confused by the undiscerning eye. He specializes in the following ethnicities and more: African American Hispanic Asian Middle Eastern Indian / Pakistani This distinction between cultural backgrounds is of great importance when it comes to ethnic rhinoplasty. For example, when it comes to Asian noses Dr. Pearlman understands the anatomic differences between Japanese, Korean, Chinese, Filipino, Vietnamese facial structure and nasal anatomy as well as many other Asian ethnicities. Similarly, all other ethnic nose shapes and sizes have variations in size, shape, and projection.

What can I expect from a Lip Lift?

During your lip lift, Dr. Pearlman and his highly skilled team will administer local anesthesia to numb the area of the upper lip beneath your nose. Dr. Pearlman will then remove a tiny amount of skin immediately beneath the nose to shorten the distance between the upper lip and nose. Then, the incision is closed. The entire procedure takes an hour or less to complete. A week later, the stitches will be removed, with the incision scar virtually invisible, hidden beneath your nose.

Am I a candidate for FUE Hair Transplant?

The best candidate is one who would desire a restored and more youthful hairline, would prefer to avoid a more invasive procedure, have (or are willing to have) a short haircut for a time, and are in good general health 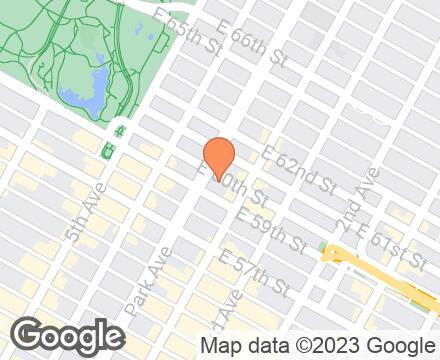 Steven Pearlman, MD in the AEDITION

What Kind Of Scarring You Can Expect From Popular Facial Procedures

Is this information incorrect? Get in touch.

Find Top Aesthetic Providers Near You